edited and reposted from the Tennessee Firearms Association

The Tennessee Firearms Association mailed a survey to every primary candidate running for a TN state legislative seat in the August 2014 election and asked them to provide a straight answer to the questions listed below.

They also included a Leadership Pledge asking the candidate not to vote for leadership that is hostile to the 2nd Amendment right to keep and bear arms.  The survey questions and the candidates’ responses can be read below as well as some information about the importance of defending liberty in TN and early voting.

You can read the full survey here and the Leadership Pledge can be read here.  If you have any questions about the survey please sent an email to: survey2014@tennesseefirearms.com

1.  Will you support a “Constitutional Carry” bill that would allow individuals to carry a legally possessed firearm concealed or openly without a government permit? 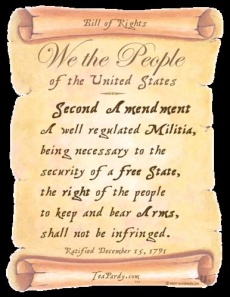 2.  Will you support state legislation prohibiting local governments (city, county, etc.) from placing any limitations on the rights of individuals regarding firearms, including the ability to purchase, possess, use or carry firearms?

3.  Will you enforce the Tennessee Constitution’s limit on governmental restrictions on wearing firearms by supporting legislation repealing all state laws and regulations restricting the wearing of firearms by citizens unless the law demonstrates a “well defined relation to the prevention of crime?”

5.  Will you support a bill to allow citizens to carry lawfully possessed firearms on governmentrun or funded college campuses in Tennessee including private schools that accept government funds?

6.  Will you support a bill that will allow law abiding citizens, including educators, to carry firearms on government K-12 school grounds?

7.  Will you support a bill requiring government owned or operated buildings or properties that constitutionally (TN Constitution Article 1, Section 26) prohibit the possession of firearms by citizens to provide a free on-site storage facilities for civilian firearms?

8.  Will you support legislation requiring that any firing range that was built or maintained with tax dollars, including all state or local agency firing ranges, must be made available to the public when the range is not actively in use by the agency for whose use the range was initially
intended?

9.  Will you support legislation that would require the state to issue to individuals who are or who agree to be subject to a “militia call” military grade weapons, including machineguns, if the cost of such equipment and the actual administrative costs to the state government are paid by the
individual member?

10.  Will you support legislation that would fully restore all rights to keep and bear arms to individuals who have committed misdemeanors and non-violent felonies once their sentence has been fully completed?

11.  Will you support a bill removing all taxes on the free exercise of the Second Amendment which would include the elimination of fees or taxes imposed on the ownership, purchase, transfer, carry or use of firearms and/or ammunition?

12a.  Will you support legislation, such as offered by Sen. Mae Beavers and Rep. Mark Pody in 2014 (SB 1733), which would provide that a person has an absolute right to store any legally possessed items, including a firearm, in any legally possessed motor vehicle so long as the person is parking where parking is otherwise allowed and providing that such individual cannot be criminally prosecuted or fired for doing so?

12b.  If YES, will you support a provision in such a law that gives the individual the right to seek civil damages and/or injunctive relief, including statutory damages and attorney’s fees, against any individual or entity that violates that right?

13.  Will you support a state law to render any federal taxes or restrictions on the purchase or ownership of firearms suppressors as a declared violation of the 2nd and 10th Amendments and thus void in Tennessee?

14.  Will you support a state law to prohibit any local government from regulating any aspect of civilian firearms ownership, purchase, carry, use or possession, including possession in public parks, greenways and similar locations?

15.  Will you support a state law to prohibit the state or any local government from regulating any aspect of civilian firearms ownership, purchase, carry, use or possession, including the legal possession of firearms in public buildings or on public property?

16.  Will you support a state law to limit the term “school grounds” to a specific and clearly defined campus and to require appropriate signage relative to whether and to what extent firearms may be possessed on such properties?

17.  Will you support a state law that allows civilians to own, possess, use and transport historical military items, including vehicles, armaments and ammunition?

18.  Will you support a state law requiring entities and individuals who elect to prohibit citizens who enter their property from carrying firearms to provide adequate security to guarantee the safety of those individuals and to make those who elect to infringe the self-defense rights civilly liable for any harm or damage occurring after the right of self-defense has been impaired?

19.  Will you support a state law that requires that the US Constitution, the Bill of Rights and the State Constitution be taught in schools?

20.  Will you support a state law that provides that no committee of the General Assembly can stop a bill from progressing to the floor for consideration by all elected legislators if the number of votes required to kill the legislation in such committee is less than the number of sponsors on the bill?

21.  Will you support a state law that provides that any legislation which has more sponsors than would be required to pass the legislation if presented for a floor vote must be presented and considered on the floor of each House in which such sponsorship levels are met?

22.  Will you support a state law or referendum that provides a process for recall elections for all elected officials?

23.  Will you support a state law that provides for an elected state Attorney General?

24.  Will you support a state law that requires the state Attorney General to challenge any federal law that may be applicable in Tennessee or which results in any tax burden on Tennesseans which violates any provision of the Constitution, including but not limited to the enumerated powers doctrine, the 2nd Amendment and/or the 10th Amendment?

25.  Will you support a state law that establishes a “recall” process whereby the citizens can vote to remove the Attorney General? 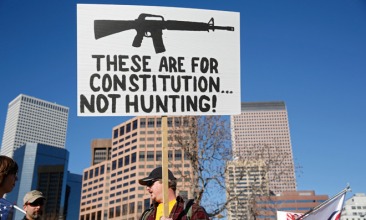 The survey responses are divided by the 3 regions of Tennessee –  East, Middle, and West – and each PDF is sorted by district.

Please feel free to share the responses with your friends or to download the file and print it out in order to have a hard copy on hand at all times.  You never know when you will meet someone that needs more information about the candidates for this very important election.

If you don’t know which district you live in, enter your address here in order to find out.

VIEW THE PDF OF THE RESPONSES FROM CANDIDATES IN YOUR REGION:

JPGs OF THE CANDIDATES RESPONSES BY REGION:

Representatives Andy Holt, Vance Dennis, and Josh Evans have informed the TFA that they refuse to return completed surveys for various reasons. 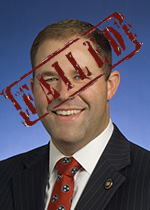 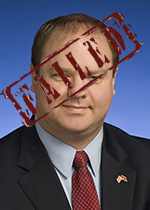 return the TFA survey but has now flip-flopped and refuses to do so.

Watch what he has to say below!

Mr. Clark Boyd who is challenging Senator Mae Beavers in District 17 also informed the TFA that he would return a completed survey, but has not done so as of today.

With the August election upon us we’ve all heard the political speak that comes with it.

Like you, we are tired of not knowing where candidates really stand on the right to keep and bear arms.

Many of our legislators have gotten comfortable spewing talking points and safely winning re-election year after year.

They count on you to forget their voting records and put party “loyalty” over principle, while expecting that you will give them your vote without question.

“Party over principle” and voter apathy have led to loss of liberty, and it’s time to put an end to this destructive cycle.

But how do we go about interrupting this cycle?

We must force candidates out of their comfort zones by demanding real answers to important firearms questions rather than letting politicians parrot meaningless talking points.

We must learn where candidates stand on firearms issues so we are prepared for the legislative season.

And we must open the lines of communication between you and your would-be lawmakers now so they will be expecting you to keep a watchful eye on them later.

That is why Tennessee Firearms Association sent out our 2014 candidate surveys. Each candidate for the state legislature received the survey below – questions that will put candidates on the record on the right to keep and bear arms.

As we work toward firearms freedom, it is imperative to have current and potential legislators on record concerning our issues.

Many candidates do not want to go on record with their position on gun issues that are important to you.  They would prefer to stick to their tired talking points, and they will ignore our survey unless you – their potential constituents – provide a little inspiration.

Politicians prefer to travel the path of least resistance.  By applying enough pressure, we can force them to go on the record on key firearms issues.

As you look down on the list, please call or visit your State House and Senate candidate ask that they complete and submit answers to the TFA 2014 candidate survey that was sent out in May if they have not done so already.

You can also fill out our petition to demand that these candidates return their survey!

Early voting is one way in which a registered voter of Tennessee may vote before the actual election day.

There are many advantages to voting early, namely being able to choose a day during the early voting period that best fits the voter’s schedule and the voter being able to change his or her address of registration and vote in the same voting location.

For details regarding times and early voting locations, a person must contact the local county election commission office.

where the liberty-minded go for news

We Need Your Support to Grow

Exercise Your Right to Vote. TN Liberty did!

No Sleep til Liberty